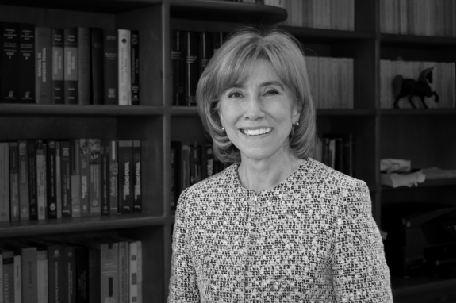 MYRIAM RODRÍGUEZ TORRES
This email address is being protected from spambots. You need JavaScript enabled to view it.

Myriam is a partner of the firm and director of the Labour Law and Social Security areas; She also leads Administrative Labour issues within the practice of administrative law of the firm. She has over 40 years of significant and recognized experience in both private and public sectors, where she has served as an advisor and consultant to different public and private companies.

Graduated in law from the Externado University of Colombia, with a postgraduate degree in Labour Law, Social Security and Industrial Relations of the same university and extensive expertise in negotiation in collective conflicts. Certified by the Université de Paris in French, diploma "Ecole Internationale de Langue et Civilization Françaises" of the Alliance Française de Paris - France, with courses in "Advances in Justice and Control Integration Systems for the Administration of Justice in Latin America ” in the Judicial School of the General Council of the Judiciary and the Spanish Agency for International Cooperation in Antigua (Guatemala) and " The New Labour Law and Social Jurisdiction "of the International Relations Commission of Spain in the Pazo de Mariñan - La Coruña, Spain.

She has been an adjunct professor of Individual Labour Law in the Faculties of Law and Accounting of the Externado University of Colombia. Also, she has taught Labour Legislation in the Finance and Foreign Trade Program of the International School of Administration and Marketing of the University Sergio Arboleda.

She practices as an adviser, consultant, and litigant in Labour Law, Social Security, Administrative Labour Law, and Contract Law.